The Law Offices of Blerim Elmazi, PLLC is a unique firm with a strong history of defending our clients’ rights and reputations. We have helped to litigate dozens of cases involving police shootings, excessive force, and false arrests. We have also defended clients in criminal matters of all types, ranging from minor DWI charges to capital murder. In fact, our firm has been featured on several high-profile criminal cases.

In addition, the Law Offices of Blerim Elmazi can also help you with civil litigation cases, employment litigation, voting rights litigation, and personal injury claims. If you are dealing with any of these issues, please contact us today to schedule an appointment at our office in Dallas, Texas 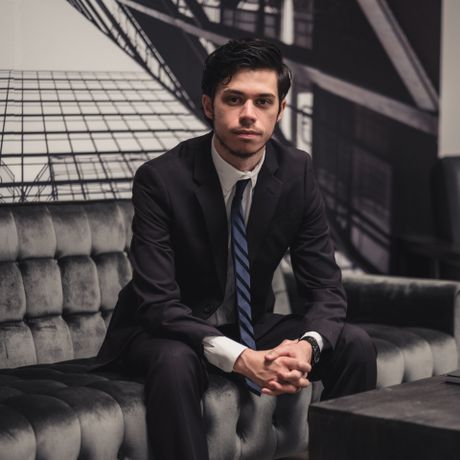 Blerim Elmazi is a trial attorney based out of the Dallas-Fort Worth area practicing in both state and federal courts. As a civil rights and criminal defense attorney Blerim has focused his practice on cases of police misconduct, excessive force, false arrest, racial violence, criminal defense, and voting rights litigation while joining to litigate some of the most high-profile cases of injustice in the United States. His work has been featured in both local and national media networks across the United States.

Blerim is a graduate of the University of North Texas where he graduated summa cum laude at the top of his class while earning a B.A. in Political Science and a B.A. in History. After college he attended the SMU Dedman School of Law where he practiced as a student attorney in the SMU Criminal Defense Clinic before becoming a Supervising Chief in the clinic and earning his Juris Doctor degree. Prior to obtaining his license to practice law in the State of Texas, Blerim worked within the Dallas County District Attorney’s Office and the Tarrant County Criminal District Attorney’s Office.

After being licensed in Texas, Blerim joined Merritt Law Firm, one of the nation’s leading civil rights law firms. While serving as an associate civil rights attorney he helped to litigate dozens of cases of officer-involved shootings and racial violence to help secure justice for his clients. Blerim is a dedicated advocate for criminal justice reforms to end mass incarceration, the failed war on drugs and the criminalization of poverty in pre-trial detention.

Copyright © 2022 The Law Office of Blerim Elmazi. All Rights Reserved